The part 2 of my Najaf (Iraq) blog post is finally here! If you haven’t read the first part, click here.

In the last post, we had visited the holy tomb of Hazrat Imam Ali (A.S), and today we’re going further into the beautiful city of Najaf, and feasting our eyes on the historical sites the city has to offer. Be ready to read some of the historic Islamic stories and widen your horizons of knowledge.

At around 1:30 PM, all of us left our hotel rooms and headed towards Waadi-us-salaam. We passed the holy shrine of Imam Ali (A.S) and paid our respects before taking the lane towards the graveyard. This day, we had an Islamic Scholar (who spoke our language) to guide us throughout our journey that day.

Wadi-us-Salaam is the one of the oldest graveyards of this world. It is the largest cemetery in the world. The cemetery covers 1,485.5 acres and contains tens of millions of bodies.

History of the Land

This land used to face earthquakes and other natural disasters on daily basis. One day, the prophet Abraham (A.S) spent the night there, and by the blessings of Allah, the night was spent peacefully. When the residents found out that this was because of God’s prophet, they asked him to accept the land as a gift. However, he didn’t accept it, but bought it with whatever cattle he had.

Then years after that, Imam Ali’s (A.S), in his time, traveled past here and bought this land for 40,000 dinar. When his companions asked why he bought it, he said that this land contains 70,000 such people who will enter the heaven without judgement on the Resurrection day, and that he wanted those 70,000 people to be resurrected from the land he had bought.

More than 70,000 prophets of the lord are buried in this cemetery.

Among the many stops in the cemetery, I will mention only a few that we visited. Prophet Hud (A.S) and Prophet Saleh (A.S) were the first two. We offered prayers there and then traveled further. We saw the grave of Hazrat Ali Qazi (R.A) who was a great leader and Islamic scholar. We also visited the location of Imam Sadiq (A.S) and Imam Zamana (A.S).

On Our Way to Kufa

On our way to Kufa, we stopped at Hazrat Kumail’s shrine. He was a great companion of Hazrat Imam Ali (A.S).

There was the Al-Hannanah Mosque. Hanan is Arabic means the place of grief. This was the place where Hazrat Imam Hussain’s (A.S) head was kept on the way to Kufa after the battle of Karbala. It is also called Masjid ar-Ra’s, or Mash’had e Ras-al-Hussain.

We also visited the Al-Sahla Mosque. It had 7 places of importance, including; Muqam-e-Imam Zain ul Abdeen (A.S), Imam Jafer-e-Sadiq (A.S),  Mehrab-e-Imam Zamana (A.S), Hazrat Khidr (A.S), Prophet Idris (A.S), Prophet Abraham (A.S), and one place was dedicated to Saints and Prophets. It is said to be among the 4 important mosques of Islam; Bait-ul-haram, Masjid-e-Nabvi, Masjid-e-Aqsa, and this one.

Then we visited the shrine of Hazrat Meesam-e-Tammar (A.S), who was also a companion of Imam Ali (A.S). He used to sell dates (Word Tamar in Arabic means dates). Imam Ali (A.S) had told Hazrat Meesam (A.S) in his life that he will be receive martyrdom by Imam Ali’s enemies, due to the love he has for Imam Ali; that they will cut his tongue and hang him by the tree he sells his dates from. When he heard it, he smiled and said that it would be an honor for him to receive martyrdom due to the love he has for Imam Ali (A.S). That was exactly how he died.

In Kufa we visited the house Imam Ali (A.S). I don’t have the words to describe it. It’s like you read about it your whole life and then it’s in front of you painting reality, and you just can’t believe your eyes. Suddenly, it’s not just a story; everything you’ve read and listened to your whole life, is in front of you as a living proof.

The highlight was probably Masjid-e-Kufa. It is such a historical mosque, it blew me away. There were so many spots dedicated to different personalities and different events that happened there; such as, Prophet Muhammad’s (S.A.W.W) Miraj, the place where Imam Ali (A.S) was struck on the head by his enemy while he prostrated to Allah, the shrines of Muslim Ibn-e-Aqil (who was wrongfully murdered by the-then politicians), Hani ibn Urwa (his companion) and Mukhtar al-Thaqafi (who took revenge from the killers of Imam Hussain A.S and his family). There were several different locations dedicated to different prophets and Imam. That place was full of history. 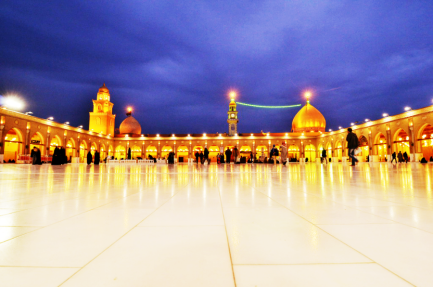 Then we visited Hazrat Zaid Shaheed (A.S), who was the son of Imam Zain-ul-Abideen (A.S). During a battle, he received an arrow on his forehead, and that was the reason behind his martyrdom. His enemies were brutal with his corpse. His head stayed hung in Damascus, and his body hung in Kufa for 4 whole years before he was buried. 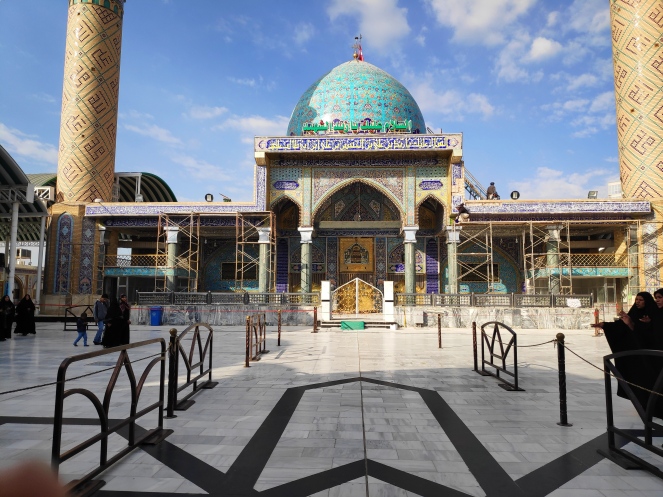 Then we visited Hazrat Ayub (A.S), who was the prophet of Allah, tested by a skin disease for 18 years. His patience was rewarded. He was asked to strike the land with his foot and a water emerged. He washed himself with it and his youth was restored. The well still is situated there.

After that we visited Shareefa bint ul Hasan’s shrine. Then we visited Radd al-shams (Returning of sun). It was the location where the miracle of the sun returning happened due to the supplication of the Holy Prophet (S.A.W.W).

Let’s take you further in our next blog post, shall we?

FOLLOW my blog for more; I’m nothing without your support.
With a positive energy; I’ll see you next time!
Munazza Bangash